Work travel continued at the same pace as last year. Here are the cities I visited in 2018:

The rules: one or more nights had to be spent in a city. Those cities marked with an asterisk (*) were visited multiple times.
Posted by Tim at 12:29 PM 1 comment:

Travel picked up a bit this year after the last few years--a vacation abroad and more work travel will do that for you. Here are the cities I visited in 2017:

The rules: one or more nights had to be spent in a city. Those cities marked with an asterisk (*) were visited multiple times.
Posted by Tim at 5:29 AM No comments:

Travel picked up a bit this year after last year, despite another surgery to repair a broken arm this time. Getting old sucks by the way. Here are the cities I visited in 2014:

The rules: one or more nights had to be spent in a city. Those cities marked with an asterisk (*) were visited multiple times.
Posted by Tim at 12:28 PM No comments:

Following up on last year's theme, I continued to dig in vinyl bins this year for much of my music, and a lot of it was more than 20 years old (like the Nick Lowe I'm listening to right now).  But still, 2014 was another banner year for new music, from old favorites to new discoveries.  As usual, this is not a best of list--this is merely the 25 albums that I listened to this year that I liked the most. So here's the list. I'll reserve commentary for my absolute favorites, because, let's face it, I'm a little late and you are probably sick to death of year-end lists by now. First, 25 - 11:

Now for my personal top 10: 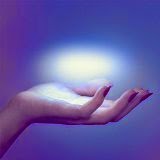 What a return to form after a bit of a hiatus, and what for me was a disappointing album in Transference. And by return to form, I mean rock solid, metronomic rock and roll. Not a note is misplaced, but unlike their last effort, I connect with these songs a lot. Stand out tracks for me are "Do You" and "New York Kiss". Welcome back guys, not that I wouldn't mind more Divine Fits music too. (If you're coming from Facebook--fooled ya!) 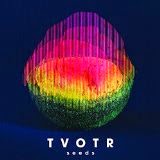 This is starting to sound a bit like a mini version of XMU's old-school show all of a sudden, but take heart (mostly), we're getting to music a lot less like 2008 in a minute. After teasing us all last year with a couple of new singles, notably "Mercy", TV on the Radio gave us a whole album worth of new music this year, without either of last year's singles even. This album sounds a bit more expansive than their previous efforts, but it works. This is seriously my go to driving music right now. "Happy Idiot", "Lazerray", and "Could You" are my stand out tracks on this one. 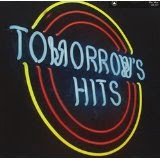 Has it really been two years since the last album form these guys? It sure doesn't seem like it, since I've been listening to Open Your Heart as much in the interval as I did in 2012 (sadly still not a cover). But what we have here is another brief, tight album of just fun music from "Get What You Give", which has a real Kinks vibe to me, to "Different Days" and "Pearly Gates", which is kind of garage-y. 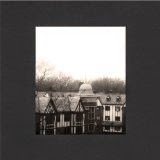 Another can't-believe-it's-been-two-years kind of thing. This release didn't catch me nearly as much by surprise as Attack on Memory, but in many ways, this is a much more satisfying record than that. The sound it still there, but the angst has been reduced by a lot. It reminds me of the big step Japandroids made between their last two albums. Stand out tracks for me include "Now Hear In", "Pattern Walks", and "I'm Not Part of Me". 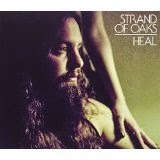 This band and album seemingly came out of nowhere for me this year. I'm not sure how I missed their earlier EP, but when I first heard "Goshen '97" on the radio it hit me like a bolt. Seriously, my wife has asked me three times who sings that song when it comes on. Sadly, it's not Goshen, VA. But seriously, the quality doesn't end there. Every song is solid, as you'd expect for an album scoring this high in so many lists this year, this humble one included. 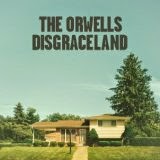 While The Orwells didn't come out of nowhere from me--I had heard a couple of songs from them last year, even on NPR I think--I wasn't prepared to love this album as much as I did. From "Dirty Sheets" to "Let It Burn", this record doesn't stop rocking from start to finish. I can't find any dates or anything, but I remember them as being super young. If that's the case, I look forward to many more releases from these guys. 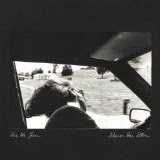 Sharon Van Etten has emerged over the last couple of years as one of my favorite artists. Putting out two of my favorite albums of the last few years hasn't hurt that a bit. I don't know what else to say. If you can listen to "Taking Chances" or"Your Love is Killing Me", without immediately needing to hear more, I just don't understand. She made the leap from being on the list, to probably being top of it on any other year. 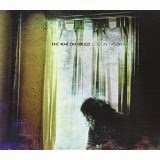 A lot of ink was spilled over the War on Drugs this year for all the wrong reasons. For some reason, Mark Kozalek decided to start some sort of social feud with them. While I liked his album as Sun Kil Moon (Benji) a lot, and just didn't have time to fully consider it for this list, don't let his braying fool you. Are there some Henley-esque sounds in there? Yes. Does it matter? No. It's all mixed together and awesome from the anthemic "wooos" in "Red Eyes" to the more mellow, Kurt Vile-sh "Under the Pressure". A solid album from start to end.

Anyone that has known me long enough should have seen this one coming like Omar Sharif through the sands of the desert in Lawrence of Arabia. A new album from one of my three or four favorite acts ever, it just has to be here. The minute I listened to it, and it didn't suck, it got placed at number one on this list sometime around April. Not only did it not suck, it genuinely deserves to be on many lists beyond mine. And despite the awesome music above, it never budged. And talk about a return to form. Those guys before this have nothing on these guys. The fact that they came back after well over a decade and still brought the heat (and added a damn fine curve) only cemented it. If you don't have this one. Buy it now. If you don't own their back catalog. Buy that now too. This was easily my most listened too, favorite album of the year, by a Cincinnati mile. Welcome back fellas. Can we have more?

1. The Afghan Whigs – Do to the Beast 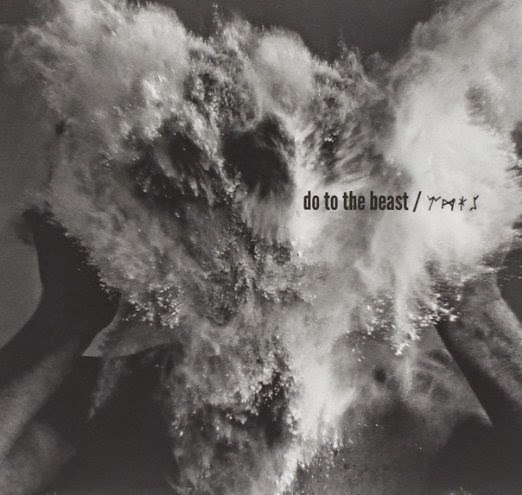 At this point, it's all kind of moot, because everything is excellent. All that said, we all expect rankings right? We could roughly group these into to groups of 10-6 and 5-1 and not play favorites, but I'm expected to pick something top so here we go. Here are my to 10-ish with some talky talky.

10. Chvrches – The Bones of What You Believe 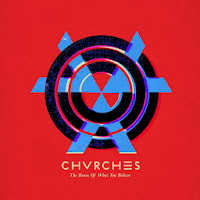 What a year for these debutantes. They may have made the list on the strength of their EP along, but the follow up LP built on that promise. "Recover" is definitely a candidate for song of the year. A great EP, then and great LP? It's a fine debut 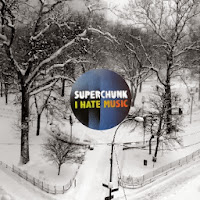 After 2010, I thought Superchunk's comeback was done. I mean, who else does that?  Disappear for a decade and kick some major ass? What are the chances for a repeat? Apparently 100%. While not as in your face as "Majesty Shredding" this may be the stronger album front to back. 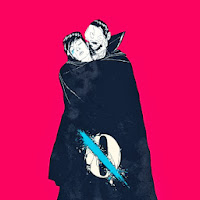 Hard rock still lives in the desert. Thank God. Is there anything else to say? 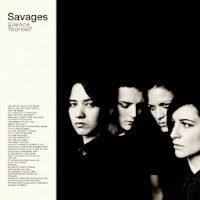 Wow and whoa. Where did this come from. What a breath off of fresh air aimed right at the aural epicenter of me. Never too harsh, but abrasive this shit kicks ass.

6. The National – Trouble Will Find Me 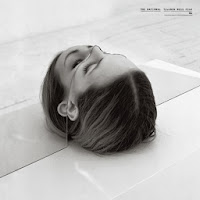 One year, The National will release an album that is not automatically guaranteed to be in my favorites of the year list (see Arcade Fire). This year is not that year. There's easily enough here to yammer about incessantly. It's good. Just not as good as the last two. 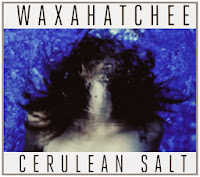 Gotta have a country-ish pick right. I can't even justify this empirically other than the number of plays and outright love that I've had for it from the get go. What a voice. What songs. Love, love, love, love. 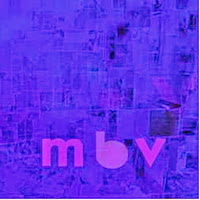 22 years or so on, it starts where they left off. What's the fun of that you may ask? It's all about the destination. This album starts in the earlier 90s and ends with your brand melting. Brain melting... sounds like Kevin Shields to me. 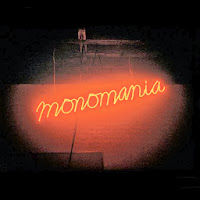 Call me a homer. I don’t give a crap. Deerhunter (er, Brandon Cox) might be the most consistently quality outfit (er, individual) working in indie music today or any day. This cold easily be top, but we’re splitting hairs in the top 5 people! 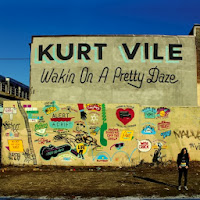 Before this album, I wasn’t much of a fan. I had dismissed Mr. Vile’s work as mere “stoner music” or some such bullshit. This, however, was a revelation. While it’s not in the top spot for me, it may be the most melodic album for me this year. 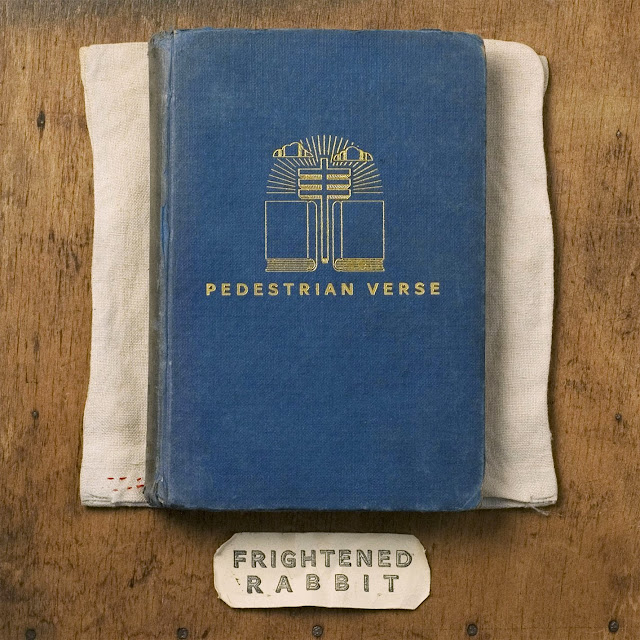 With their fourth full-length LP, this Scottish band finally brings all the pieces together. I’ve rated their two previous efforts pretty highly, but this time everything clicks. There just aren’t any down moments or off notes. Just wow.
Posted by Tim at 10:37 PM 1 comment:

What I'm Writing About: